On the Road Again...

We are back moving on the water. We left the Champlain Bridge Marina on Tuesday and headed down the Champlain Canal to the Hudson and points South. 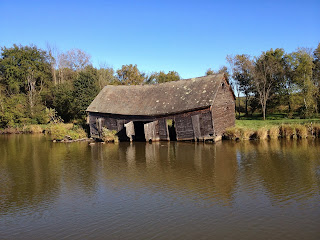 Accommodations along the Champlain Canal 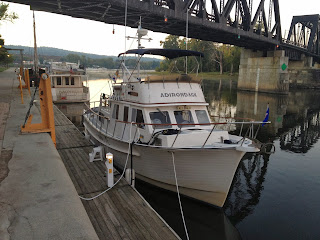 Parked at Waterford City free dock, the intersection of the Champlain and Erie Canals. The city provides power, water, restrooms and showers for a nominal fee and there were lots of boats there. Very few boats anywhere else, though. It's the end of the season. Weather has been spectacular! When we were here in July, the water was at flood stage. We came right under that bridge with our mast up, looking at the board indicating water depth, not bridge clearance, like they usually do. We made it, but the boat that was following us because he thought we knew what we were doing did not. His mast was a foot taller than ours and the whole thing came crashing down on the back deck. I can still remember that awful sound..... 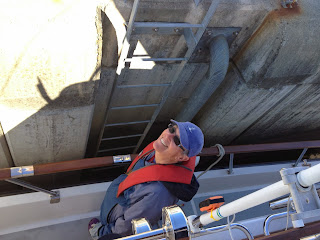 The Bollard Babe in action. This is the only lock (Federation Lock in Troy, NY) we used a midship line on, so I could just sit up top and critique Sally's flawless locking technique. The boat slides up and down the tube, so all she has to do is hang on. This is a piece of cake, unless the wind is blowing, and then it is not. All the other locks require her to grab the front lock rope while I'm stopping the boat and then I run down and grab the stern rope. It's harder than it looks because the mast is laying down across the back deck so it doesn't get knocked off by the low bridges. 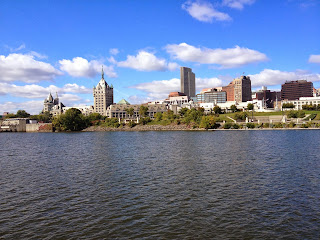 Albany skyline, no other boats around. Wow. 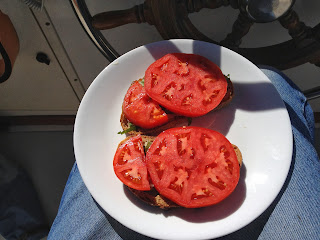 Fresh tomato sandwich, with fresh basil from our expansive garden, right on the back deck. 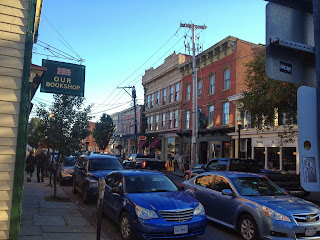 Downtown Saugerties, NY, where we anchored last night in this gorgeous little river right off the Hudson. The locals were so welcoming we felt like we could stay for years. We had never heard of the place before, but will come again.

So today we will go back to Hyde Park, where we will look at the FDR museum that opened the day after we were there last time. That was quite the stop.

Weather has been unbelievably good. We are hoping it will hold until we get to the Chesapeake. We wait for the tide to turn, as we are once again under the influence of the Atlantic Ocean, even way up here. It makes a difference of up to a knot in speed, meaning if you catch it the wrong way, it can mean the difference between going 9 knots or 7, quite a big deal in time and fuel.

Adirondack has been performing admirably; we can't even think of anything that needs fixing. How about that?

Captain Jeff
Posted by Colwell/Janacek at 6:03 AM No comments: